What Are Your Names?

I am participating in the research project of a Heathen acquaintance, and while working on a questionnaire that in part discussed "labels," I was inspired to create my own version of stanzas 46-54 of the Grimnismal (a poem in the Poetic Edda where Odin lists his many names). 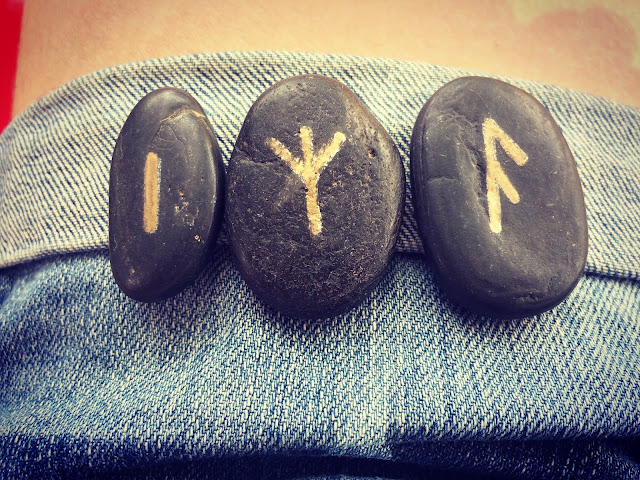 What would you say about yourself? What are your names? How have people known you? This is just a draft of my own, but it was quite thought-provoking to consider:

I have been called Peace-Maker, and Ungrateful,
Kind-Heart, Leader,
Gentle One, and Tall-Girl.
I have been called Diviner, and Image-Maker,
Furious, and Schemer.
I have called myself Scholar and Loner,
Herb-Harvester, and Shy.
Joyful-Spirit, Heart-Breaker,
Weak-One, and Strong-One,
Dancer and Fearful and Brave.
They called me Strange-One in Bergvik’s hall,
But Quiet at Titus’s place.
I was called Odd-Duck, and Mystery
Observer, and Terrible,
Rude, and Filthy, and Fearsome.
Olivia is my name, but before that I was
Battle-Avoider and Laughter-Wise.
I think all these names were used for me alone.

I may add to this over time, but it was a great exercise. If you decide to write your own, please feel free to share it with me!
Posted by Olivia Peters at 7:12 PM