Happy Wednesday! Today's focus will be on Ehwaz, the nineteenth rune of the Elder Futhark, and third rune in the third aett.

Ehwaz translates to "horse," and connects to themes of partnership, trust, friendship, connection between two entities, and forward movement. It can also connect to topics involving animals, and is often correlated with Sleipnir, Odin's eight-legged steed.


The horse is a joy to princes in the presence of warriors.
A steed in the pride of its hoofs,
when rich men on horseback bandy words about it;
and it is ever a source of comfort to the restless. 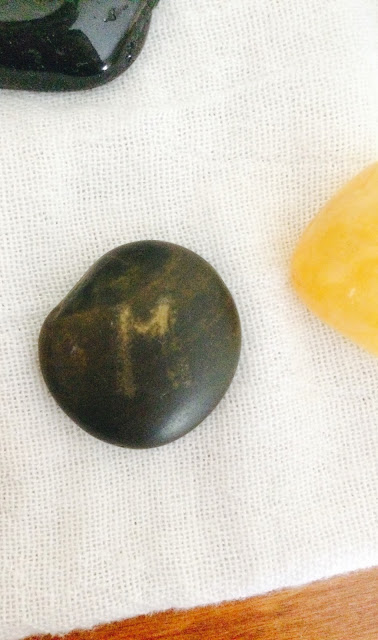 I have so many funny stories with Ehwaz..... every time I draw it in the morning, I automatically think: "Two cars." In my personal experience this rune always means that I will be traveling with someone in tandem.

For example, I pulled this rune on a day my family was planning to go to a barbecue. I couldn't imagine why we would go in two cars, but sure enough in the afternoon my husband told me that our friend requested he come early to help set up, so we ended up driving separately.

Another day I pulled this rune when my daughter had a school concert, and my husband was running late, and so met us there after work.

Once I pulled this rune when my sister helped me take the car into the shop - she drove behind me so that we could leave together after dropping mine off for servicing.

Now my husband is in Sweden, and yet I pulled this rune last Saturday. I thought "this should be interesting!" My daughter had a volunteer project at a park that morning, so the kids and I dropped her off in my car. Later we decided to pick her up and head straight out to a park by a big lake nearby. Since the highway is the fasted route, I swapped cars to take my husband's as it has the SunPass (for toll routes) in the front windshield.

Even this morning, on the day I am posting about Ehwaz, I pulled Ehwaz. ;) On my way to work I thought I'd like a coffee, but decided to wait until getting to campus, and then I'd walk over to the cafe. In the end I walked over there with a colleague so that we could have a "walking meeting." Not car related, but certainly connected to partnership and movement!

1) What other meanings do you attribute to Ehwaz?

3) If Ehwaz has presented itself in your rune work or castings, how have you seen its energy manifested, or experienced its impact?
Posted by Olivia Peters at 11:35 AM No comments:

Happy Wednesday and Happy Midsummer! Today's focus will be on Berkano, the eighteenth rune of the Elder Futhark, and second rune in the third aett.

Berkano translates as "birch," or "birch goddess," and connects to themes of birth/rebirth, motherhood, nurturing, creation, sanctuary, fertility, and the emergence of new ideas/projects.
An Old Icelandic rune poem reads:


Birch is a leafy twig
and little tree
and fresh young shrub.

1) What other meanings do you attribute to Berkano?

3) If Berkano has presented itself in your rune work or castings, how have you seen its energy manifested, or experienced its impact?

4) What deities do you connect to Berkano? Frigg? Freyja? Holda?
Posted by Olivia Peters at 12:48 PM No comments:

Happy Wednesday! Today's focus will be on Tiwaz, the seventeenth rune of the Elder Futhark, and first rune in the third aett.

Tiwaz refers directly to the god Tyr, and therefore connects to themes of justice, victory, clear judgment, leadership, and sacrifices made for a greater cause.


Tyr is the one-handed god
and the leavings of the wolf
and the ruler of the temple. 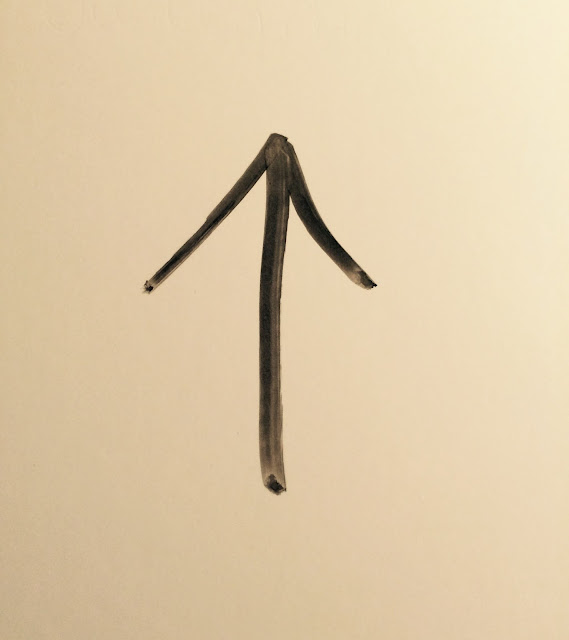 Tyr is best known in lore for having sacrificed his sword hand during the binding of the wolf Fenrir. This rune poem clearly makes reference to that history. Additionally, there is some suggestion that Tyr may have occupied the role of principal "sky god" (as opposed to Odin) prior to the Migration Period (this period occurred roughly during the first millennia A.D., and ended about a hundred years prior to the start of the Viking Age in 793).

In the Eddic poem Sigrdrífumál, Sigrdrífa (the valkyrie) instructs Sigurd to carve "victory runes" on his sword, and call on Tyr two times, in order to achieve victory in battle.

1) What other meanings do you attribute to Tiwaz?

3) If Tiwaz has presented itself in your rune work or castings, how have you seen its energy manifested, or experienced its impact?
Posted by Olivia Peters at 1:28 PM No comments:

It's been a while, but here is another round of Tarot Thursday Three, hosted by Julia at Spiral Sea Tarot! Feel free to create a post of your own with the same questions, or comment below with your own thoughts....

1. What is the greatest lesson tarot has so far taught you?

I suppose that I'd say that working with Tarot - and divination as a whole - has taught me that synchronicity is an intrinsic and ever-present aspect of the essence of the universe. People often discuss the "mystery" behind why the cards are accurate - after all, aren't they "just" paper and ink? Yes, yes they are. But that's the funny thing about synchronicity - it touches everything, and that includes the cards (and even apps!). Tarot is evidence of synchronicity on a micro-scale.
2. What is the biggest way tarot has so far changed your life or added to it?

Tarot has been an amazing tool for self-development and personal growth. I can't count the number of times that I have worried about [insert topic here], and found incredible, practical, sensible, and deeply helpful advice in the cards. Tarot has helped show me the best way to approach challenging situations, has encouraged me when I've been wrapped up in self-doubt, and has given me the hard truth when that's exactly what I needed to hear (even if I didn't want to).

3. What keeps tarot interesting and fresh through the years (or months if you're a newer reader)?

On some level Tarot becomes part of the regular life routine. I often pull a card in the morning, or throw some when I'm feeling confused or anxious or curious or excited. I sometimes read for others, which never gets old. But I can say that Instagram has been a wonderful forum for engaging with other readers, glimpsing new decks, seeing how others read or relate to the cards. And then, of course, there are the never-ending supply of monthly divination challenges which provide a reading focus for each day. In fact, Tarot brought me to Instagram to begin with!
Posted by Olivia Peters at 12:40 PM 2 comments:

The Banes: Turning Poison into Medicine

I am participating in an Instagram challenge this month hosted by @lionharts, called #thejunetarot, and the prompt for day eight is: "Last day of the Moon cycle focus."

I love that the full moon makes an appearance in this card - quite fitting, I'd say, given the prompt! The Banes provide much food for thought...

These are plants that were so often feared for their poisonous qualities, and yet, handled with skill and respect, became powerfully effective medicines. Many such herbs were utilized in the preparation of "flying ointments" meant to induce astral travel and spirit exploration. 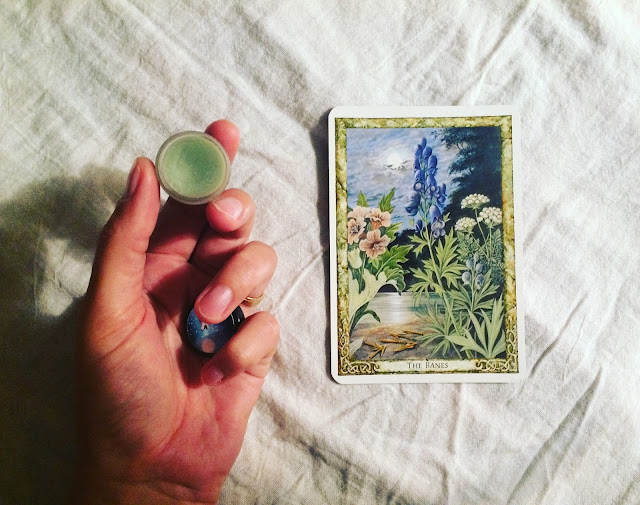 How often do we avoid our own dangerous qualities for fear of succumbing to them? Of late I have been pondering the deep power in diving into them; opening up to them; allowing them to teach us. I remember once, many years ago, a young man told me that at his Christian university it was not permitted for students to dance. I looked at him, mouth agape. He became defensive, and explained that as dancing led people to immoral behavior, it was best not to engage in it. I recall thinking about how disempowering that felt: we learn about will, and boundaries, and our Selves, by entering the dance, not by avoiding it.

But I can understand the fear. Our wildness can be intimidating, uncertain. It can loom large over and around and within us. And yet ironically, perhaps, that's the best part. It feels good to plumb our own depths, to see what lurks in our shadowy corners. You let it embrace you, and instead of being overtaken by its potency, you discover just how much power you wield when you are able to own your own skin, the entirety of your being within your grasp. Shadow and light, all the shades in between. There is something sacred and worth savoring in that - a holy medicine.

I have also been pondering the power of owning our own experiences, from one moment to the next, and not allowing others' ignorance or negativity to poison our own emotional body. Last night we were at the store and while waiting in line to pay, a man told another (in Spanish):

"I just came from Puerto Rico, and I'm not used to seeing 'darkies' out shopping so late."

He was referring to Jorge (and his blackness), and was clearly assuming that we couldn't understand. I was incensed. But instead of confronting the guy (which he would have done some years ago), he said to me:

Happy Wednesday! Today's focus will be on Sowilo, the sixteenth rune of the Elder Futhark, and eighth (final) in the second aett.

Sowilo's literal meaning is "sun," and it connects to themes of confidence, success, achievement of goals, the sun wheel, guidance, optimism, energy, and honor.
An Old English rune poem reads:


Sun is by sea-men
always hoped for
when they fare far away
over the fishes bath
until the brine-stallion
they bring to the land.

(I love the kennings in this one!)

1) What other meanings do you attribute to Sowilo?

3) If Sowilo has presented itself in your rune work or castings, how have you seen its energy manifested, or experienced its impact?

Posted by Olivia Peters at 8:23 PM No comments: